Sankalpa is dedicated to the 125th Appearance Anniversary of
His Divine Grace A.C. Bhaktivedanta Swami Prabhupada

Who is Jayapataka Swami?

American born Gordon John, aka Jayapataka Swami, Founding Chairman of Food For Life, a food relief charity which has fed over 6 billion needy people over 50 years has marked the 50th year anniversary of complete dedication to society at large on Wednesday 26th August 2020.

Guinness Book of record holder for most travelled man on the planet in his service to humanity. There is hardly a place in the world he has not travelled.

Pioneer of prison reformation meditation programs conducted all over the world.

Jayapataka Swami has millions of followers around the world, including members of the Royal families of Thailand, Bahrain and Nepal.

In 1978, when floods ravaged West Bengal, Jayapataka Swami risked his life several times, braving flood waters in inadequate boats, to deliver emergency flood relief supplies to villagers stranded on tree-tops and roof-tops. This and countless other selfless services for the masses of India caused tens of thousands of villagers to petition the Central Government to grant Jayapataka Swami Indian citizenship. This was granted by the Indian Government Home Ministry in 1978.

Jayapataka Swami has built a city on the banks of the Ganges with a population of over 10,000 people.

Despite suffering a debilitating stroke in 2009 and a dual liver and kidney transplant in 2018, His Holiness Jayapataka Swami Maharaj is continuing to pioneer online yoga and meditation programs through social media and VR. Despite ongoing health issues, Jayapataka Swami is conducting 6 to 8 online programs a day, reaching audiences all over the world.

A saintly soul, who has fully dedicated himself to the service of humanity. 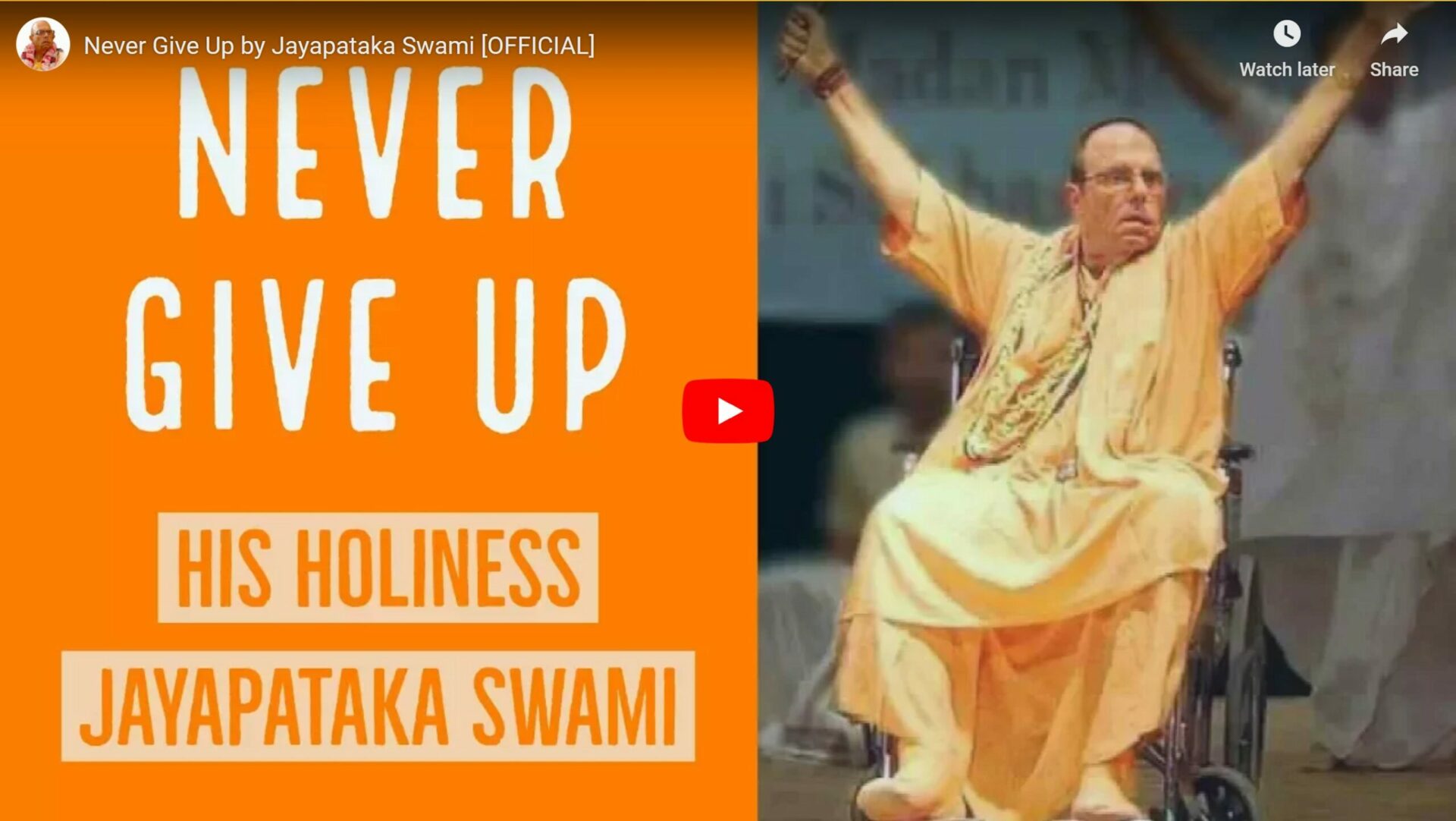 ISKCON Mayapur is the spiritual world headquarters of the International Society for Krishna Consciousness and up to 10,000 pilgrims visit each day. Six guest houses accommodate up to three thousand pilgrims a night. Two large dining halls, more than a thousand guests can receive Krishna prasadam at one time.

To learn about ISKCON Mayapur more, visit the website: http://mayapur.com 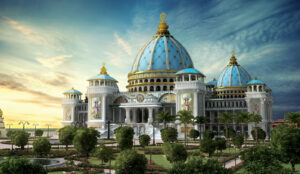 Temple of the Vedic Planetarium

The fulfilment of the desire of visionaries, from Sri Chaitanya Mahaprabhu down to Srila Prabhupada, saints and incarnations, the Temple of the Vedic Planetarium is a unique and ambitious project to make the vast culture and philosophy of the timeless Vedic tradition accessible to everyone.

ISKCON Congregational Ministry offers consultancy, education and networking to assist the ISKCON to develop and expand its communities. This site has books and articles that describe how to build dynamic Krishna Conscious communities.

I had meeting with the GBC Subcommittee of Innovative Preaching from 6 to 7pm IST, discussing different innovative methods for preaching.
Read More

From 12.30 to 1.30pm IST, I attended the meeting with Mayapur Co-directors’, and we were discussing about restructuring, communication, and other different matters.
Read More

I had a meeting with Hari Līlā prabhu from 11.30am to 12.15pm IST. We discussed about how to implement National Institute of Open School in Māyāpur. 10th grade is given Bhakti Śāstrī and 12th grade Bhakti Vaibhava, with the certificate of higher school.
Read More

“Horse is controlled by the mouth. Therefore you have seen the harnesses are fixed in the mouth, the driver controls the mouth and the horse goes. So Krishna was a boy. How did He know that "This demon Kesi has come in the shape of a horse. If I have to control him, I...
Read More

I attended the GBC meeting, which is held on every Wednesdays, from 5 to 6.30pm IST. We discussed different topics on the agenda.
Read More

We had Mayapur co-directors’ meeting from 10am to 12.30pm IST, discussing different matters.
Read More

“If you take one cent from somebody else without doing something good to him or without exchanging something, then you are debtor, and you have to pay him with interest and compound interest. That is the law of karma.” -- New Vrindavan, June 16, 1969
Read More

Today, we distributed 122 mahā big books and 347 small books. We are very grateful to the devotees for their sponsorship! You can contact virtual table at WhatsApp +91 94347 60402.
Read More

We had meeting with one of the GBC Subcommittee from 5 to 7pm IST.
Read More
Frequently Asked Questions and His Answers 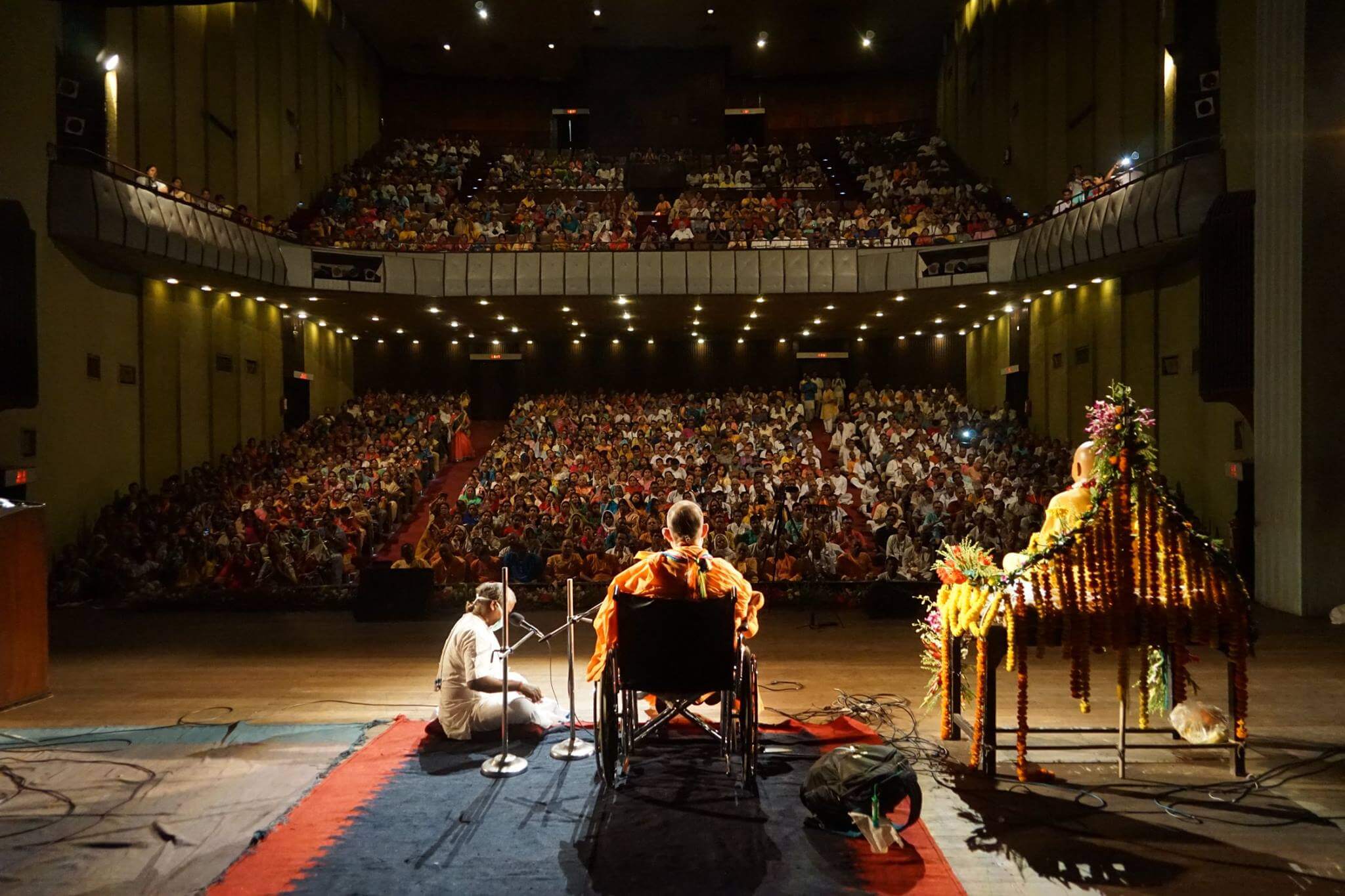 The Official Database of His Holiness Jayapataka Swami. You will find links to audio recordings of the classes as well as transcriptions. 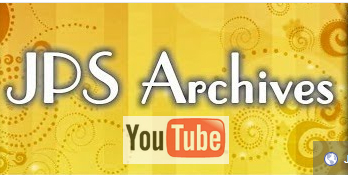 The official YouTube channel of JPS Archives. Here you can watch most popular video uploads as well as playlists. 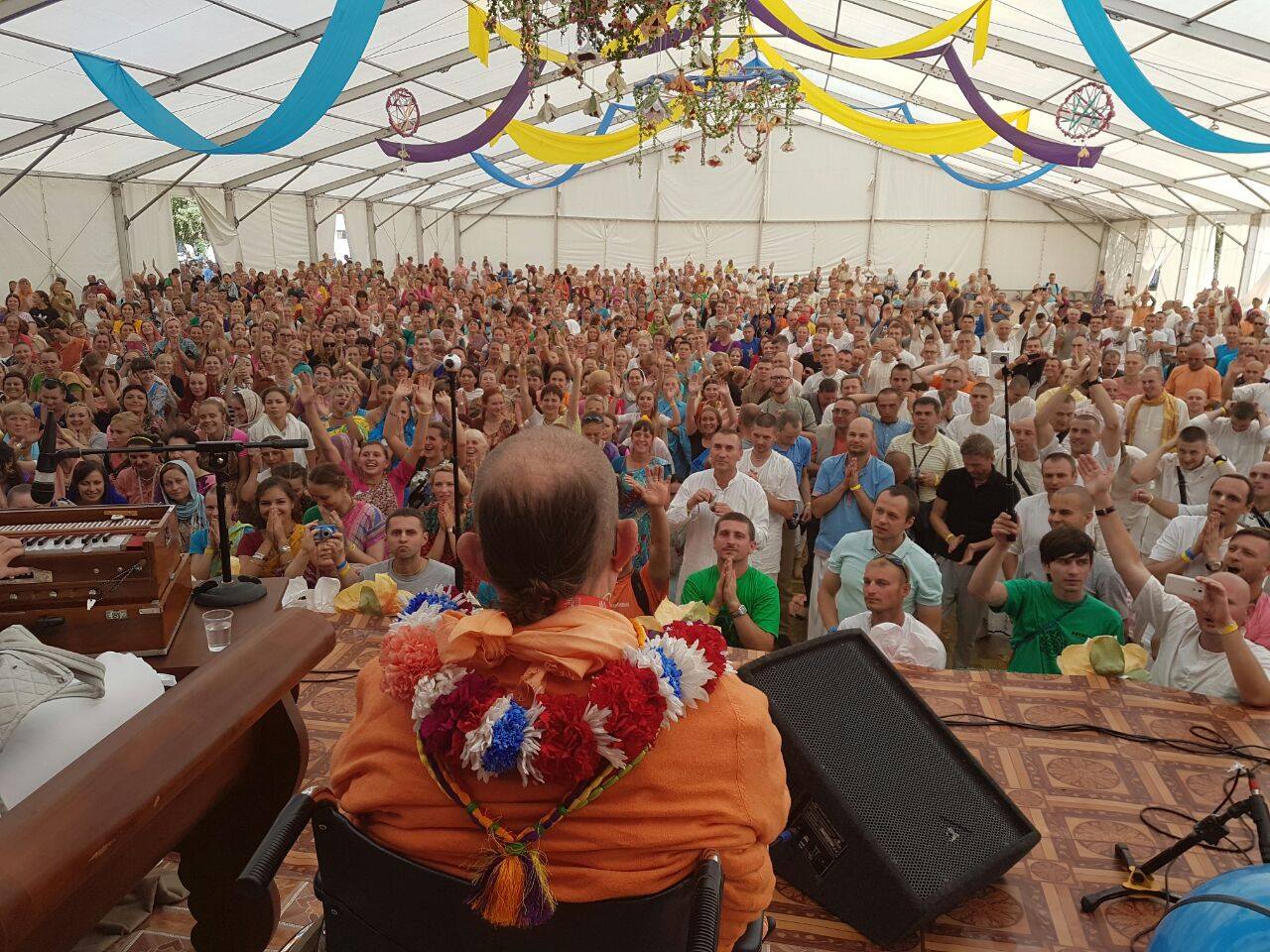 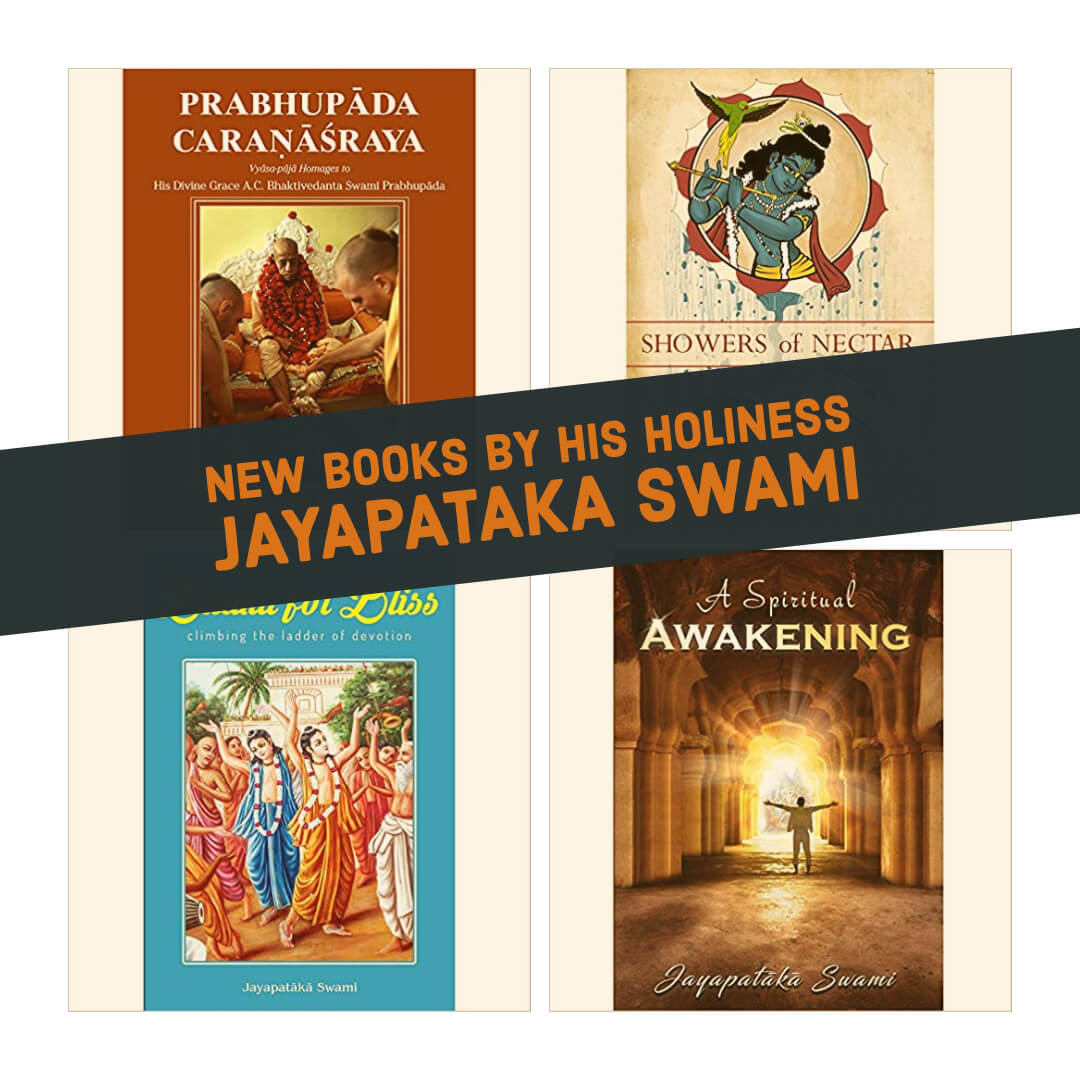 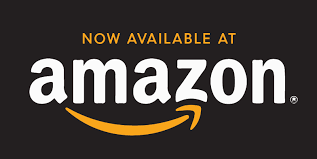 Websites and Social Media Pages of His Holiness Jayapataka Swami

the invaluable monthly magazine that is power-packed with the Vani association of Jayapataka Swami’s lotus-mouthed words!