Taking devotees to the holy place 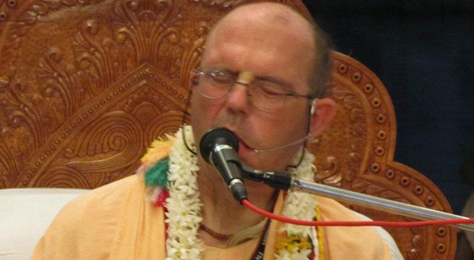 Srila Prabhupada wanted Mayapur to be a center where devotees from all over the world could conglomerate and be strengthened spiritually to continue their preaching. In March 1974, the first Gour Pournima festival was held. Four hundred devotees from America, England, Europe, South America, Australia, India, and other parts of the world joined in the festival.

So, for the first time in 1974, HH Jayapataka Swami Maharaja led groups of devotees on parikrama (pilgrimage) to local holy places. This visit to Mayapur would constitute the first half of the devotees’ Indian pilgrimage; after ten days they were scheduled to go to Vrndavana.

The Navadvipa Mandala Parikrama has been continuing ever since with the number of devotees participating increasing each year in the thousands. During these parikramas, HH Jayapataka Swami Maharaja takes care of not only the spiritual earnestness of all the devotees but as a perfect host, he also sees to it that they are comfortably situated.