We read in the Vedic literature, that the husband guides the wife in Krsna consciousness. What if the wife has to guide her husband? 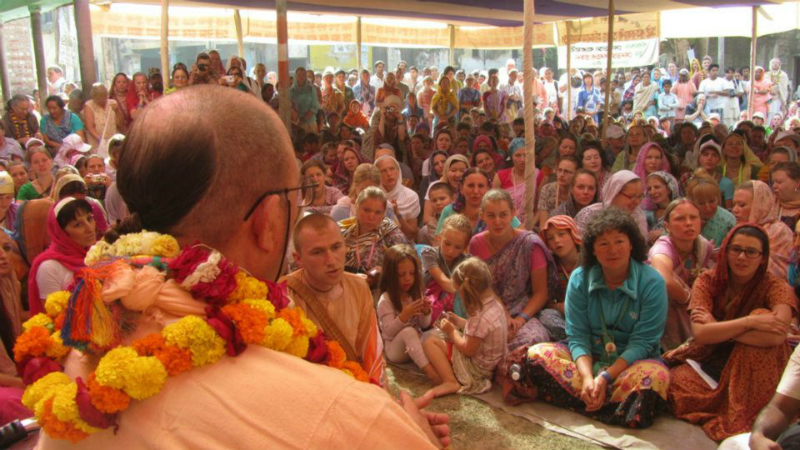 Jayapataka Swami: It is said that the wife should be the intelligence of the husband, even if the husband is Krsna conscious. When we have couples where the wife is more advanced than the husband in Krsna consciousness, she is expert in how to make the husband feel important and at the same time she controls the whole show, in a very risky way. There is a story of the rich man who follows his wife. There was a stadium filled with people. The king said those who follow their wife move to the left. Everybody moved except one person. So the king thought at least one person is not following his wife. So he asked him, “Why didn’t you move with everybody else?” He said , “My wife told me to avoid the crowd! “