“Vrindavan is my place of worship”

A day of Jayapataka Swami, written by Yuka Arai

Today Guru Maharaja took the longest journey since leaving the hospital after his latest health crisis. The destination was Krishna’s playground, Vrindavan. Actually, we had promised Guru Maharaja that we would take him to Vrindavan when he gets out of the hospital. It has been a few years since Guru Maharaja last visited Vrindavan so he was excited and got ready quickly.

Upon arrival, Guru Maharaja was greeted by a huge kirtan and devotees who had been eagerly waiting to see him. He had an even bigger reception when he visited the Krishna Balarama temple in the evening to take darshan and give class. Guru Maharaja is so full of sweet nectar that so many devotees were like bumble bees, busily following him around the temple as he took darshan and offered ghee lamps to each deity as well as to Srila Prabhupada at his samadhi.

Hundreds of devotee were eagerly waiting for Guru Maharaja when he reached the class hall. Guru Maharaja gave an ecstatic class on Jagadananda Pandit crying on the banks of the Ganges, Nimai not being able to study, and Sri Caitanya Mahaprabhu and the parrot. He also mentioned how Srila Prabhupada once said that Vrindavan was his home, Bombay was his office, and Mayapur was his place of worship. But for Guru Maharaja, he said, “Mayapur is my home, I don’t have an office so Mayapur can be my home and office for now, and Vrindavan is my place of worship.” Guru Maharaja remarked how observing Purshottama Month in Vrindavan was 1,000,000 times more beneficial than regular days. He also mentioned how he misses Brahmananda Prabhu’s association and how if Kurma Rupa Prabhu was present, he would have made the perfect sounds of the cows.

It was evident that Guru Maharaja was relishing the association of devotees in Vrindavan and similarly, all the devotees were in ecstasy having Guru Maharaja’s association and hearing the transcendental pastimes from his lotus mouth. 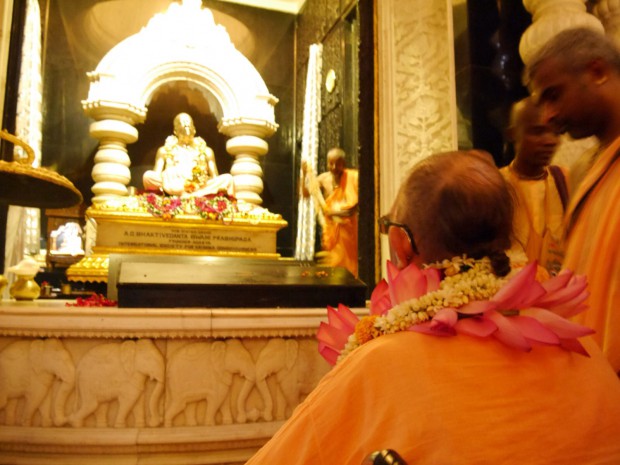 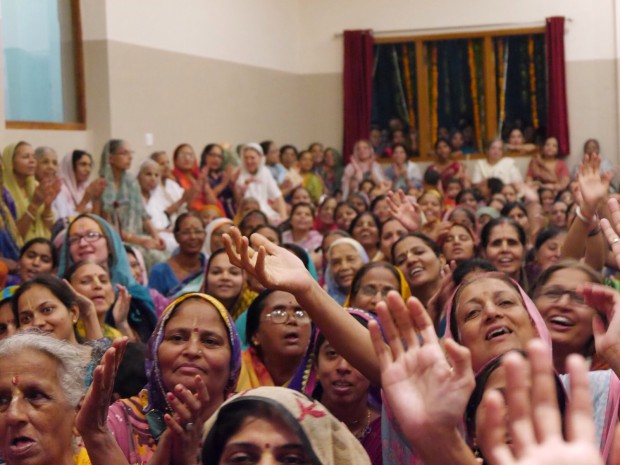 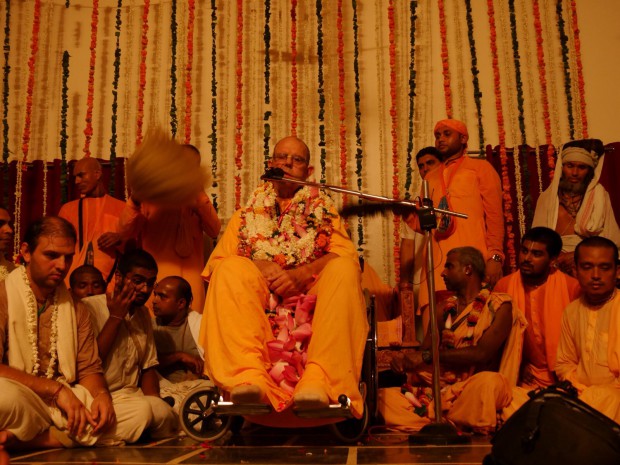