Today was a very special day in Vrindavan since Guru Maharaja met HG Gargamuni Prabhu, the brother of HG Brahmananda Prabhu. It was a very long time since they had last met and it was an extremely sweet occasion. When Gargamuni Prabhu entered Guru Maharaja’s room, they embraced for a long time, almost as if they were trying to make up for the long time that they had been apart. They talked for well over an hour, where every other sentence started with “Remember when…?” and laughter would fill up the room as a sense of nostalgia arose as two good friends reminisced many pastimes of the early days of ISKCON. 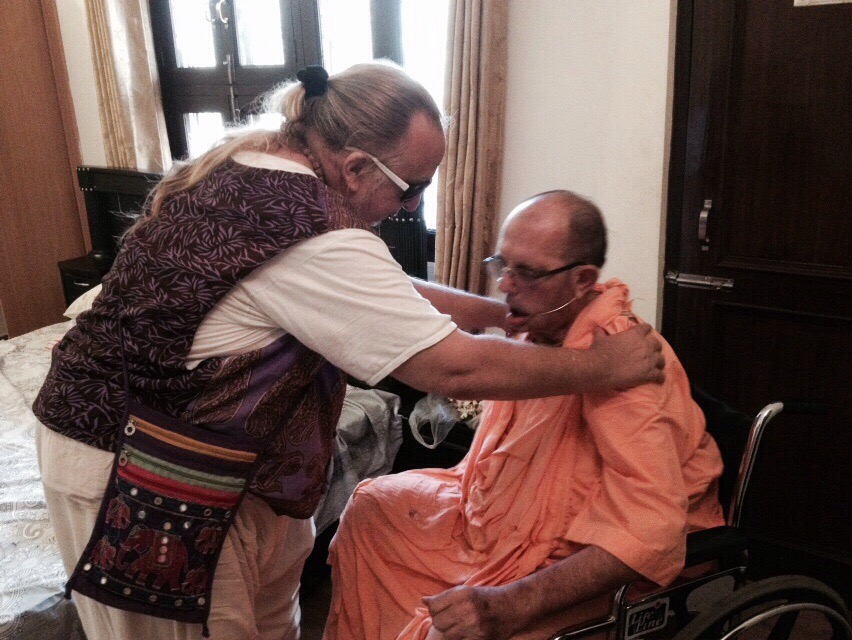 Like this, all the topics ended in glorifying their beloved spiritual master, Srila Prabhupada.

Regarding Guru Maharaja’s latest health crisis, Gargamuni Prabhu told Guru Maharaja, “You have a shield!” He was certain that until Guru Maharaja finishes fulfilling the instructions given by Srila Prabhupada, he would be protected by a huge shield to remain and guide us all. 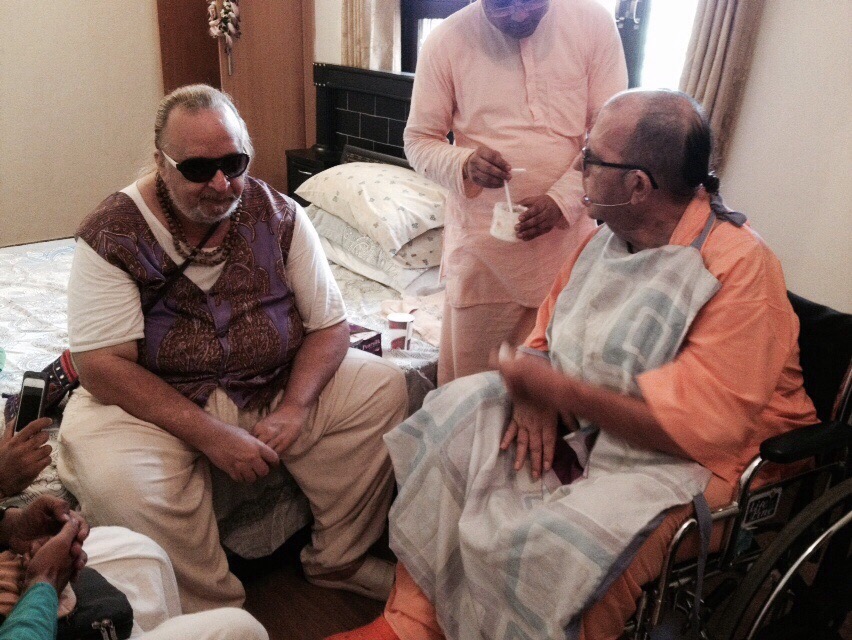