Some people strongly believe in Lord Siva, Ganesh and Murugan. What is your view about this? 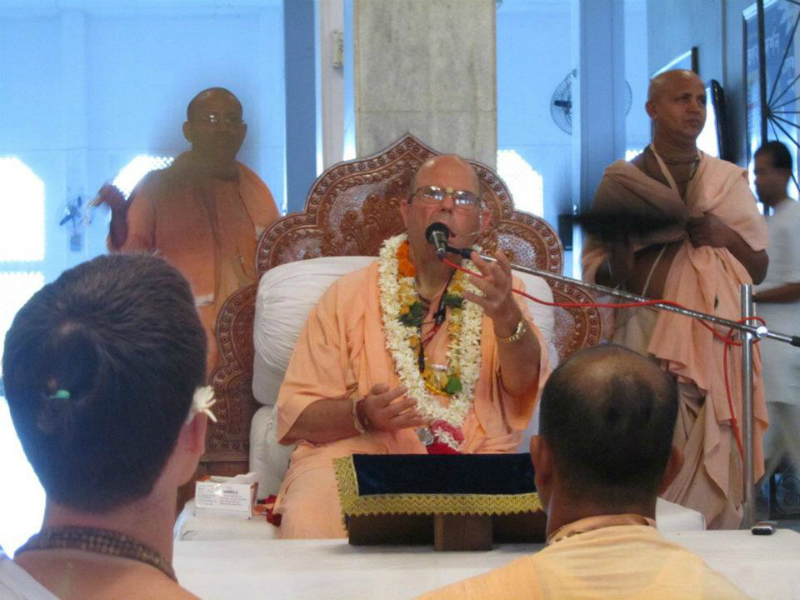 Jayapataka Swami: We also believe in Siva, Ganesh, Murugan, Kali, Durga. We believe that they are powerful expansions, energies or servants to the Lord. Siva is an expansion of Visnu. Siva-tattva is an essential factor for the creation of the material world. It is said ‘vaisnavanam yatha shambu ‘, he is the greatest of all Vaisnavas. He is carrying out the order of the Lord. The Lord says ‘destroy’, universes into ashes. So our view is that we should respect. We should not disrespect Siva, Ganesh, Murugan or any other Devas , or the English translation of devas ‘demigods’. But we should not worship them as if they were equal or independent of Krsna or Visnu. We should worship them as being devotees and assistants to Visnu. So when we do our puja, we have Siva deities. In fact in our Bangladesh temple in Dhaka, we have Siva, we have Kali, as it was a Siva temple and we were given it. So we worship Lord Jagannath and we offer the mahaprasadam to Siva and Durga. Just like in Jagannath Puri, Jagannath Prasad is offered to Durga. She likes Jagannath Prasad, she begged for that so she can have Narayana Prasad.