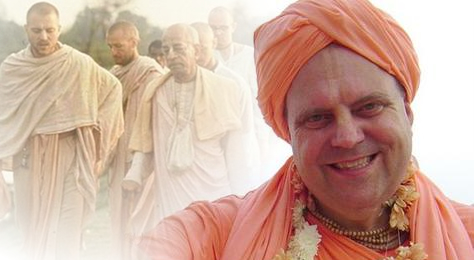 Jayapataka Swami was born John Gordan Erdman on April 9, 1949 (the Ekadasi after Ramanavami) in Milwaukee, Wisconsin, USA to John Hubert and Lorraine Erdman. He was born into opulent surroundings, his father’s father being the founder of a large paint factory, which was a multi-million dollar concern at the time of his birth. Later HH Jayapataka Swami Maharaja was glad to see that his name – Gordan John (Gour Dhan Jan) – already suggested what Srila Prabhuapda confirmed, that he and two other devotees were formerly associates of Lord Caitanya and that they had taken their birth in the west to facilitate spreading Krishna consciousness around the world.