HH Bhakti Vrajendranandana Swami has been taken from the hospital to the temple now. He was on life support and they had no hope for him. So he is going to the temple and any time, he may leave his body, if Krsna wants.

Bhakti Vrajendranandana Swami is from Malaysia and had been studying in the UK where he met Subhag Swami, das at that time, and bought a book from him. Then he returned back to Malaysia and he has been preaching from Malaysia, visiting all the cities. He took sannyasa as Bhakti Vrajendranandana Swami Maharaja. As a sannyasi, he has been visiting many houses and centers through the length and breadth of Malaysia. Sometimes, he would spend time in Chennai and parts of India, and would come for the festivals in Vrindavan and Mayapur. He is an ISKCON-recognized diksa guru and he has a number of disciples in Malaysia, India and other places. He is always very jolly, very humble, very simple, a wonderful Vaisnava dedicated in serving Srila Prabhupada’s lotus feet. Recently, his health turned for the worse and his kidneys and liver started to fail. He is in the Kuala Lumpur temple, capital of Malaysia. At the last look, he was sleeping, maybe in coma, hard to say. A prayer at this moment would be appreciated.

Yours in service,
Jayapataka Swami 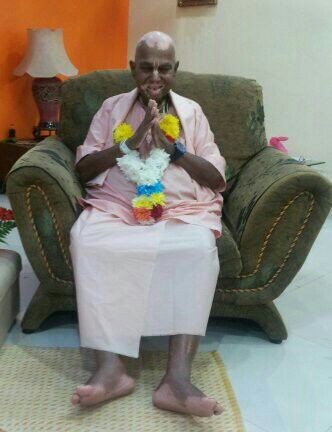