The Netaji Indoor Stadium was packed with people who watched the program unveil in rapt attention. Guru Maharaja addressed the audience in the morning and gave a class in the evening. The feeling in the air was, “what would have become of us if Srila Prabhupada was not there?”

Guru Maharaja repeated quite often today that it was Srila Prabhupada who was predicted in the Chaitanya Mangala He was Krishna’s chosen one. 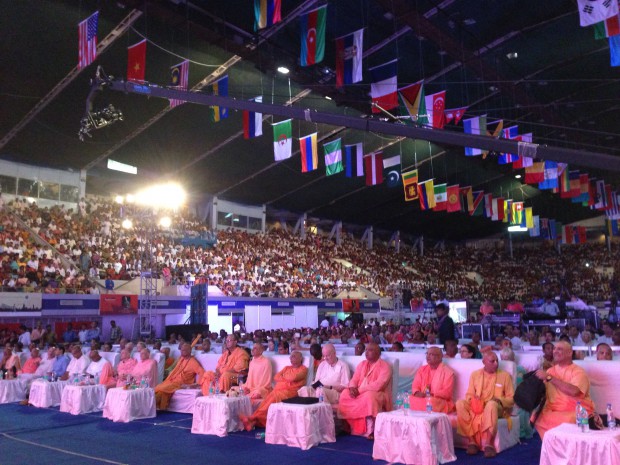 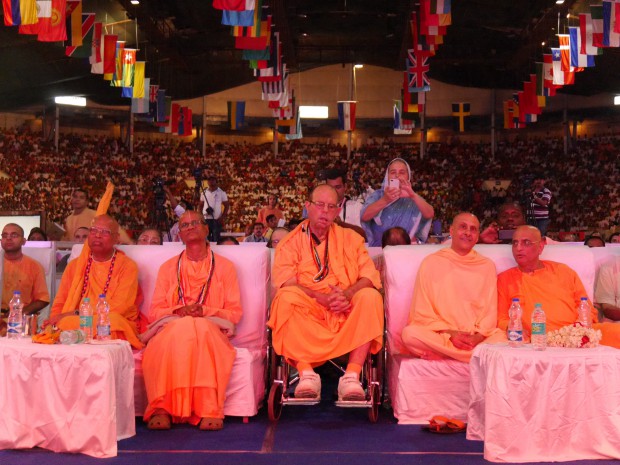 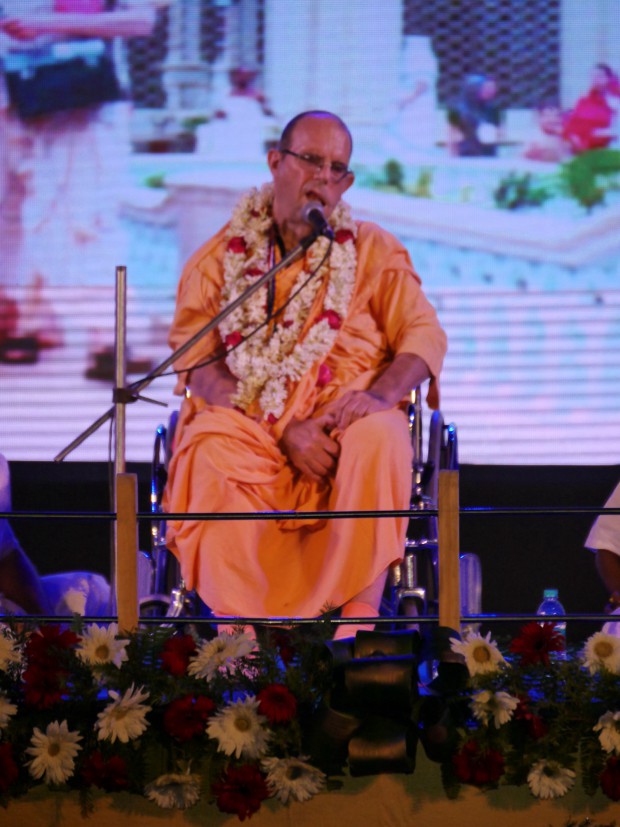 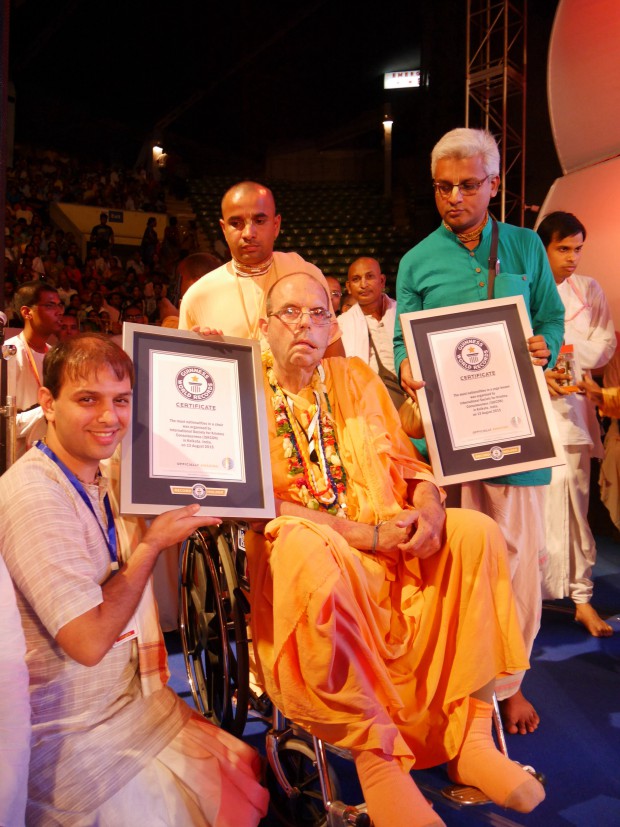