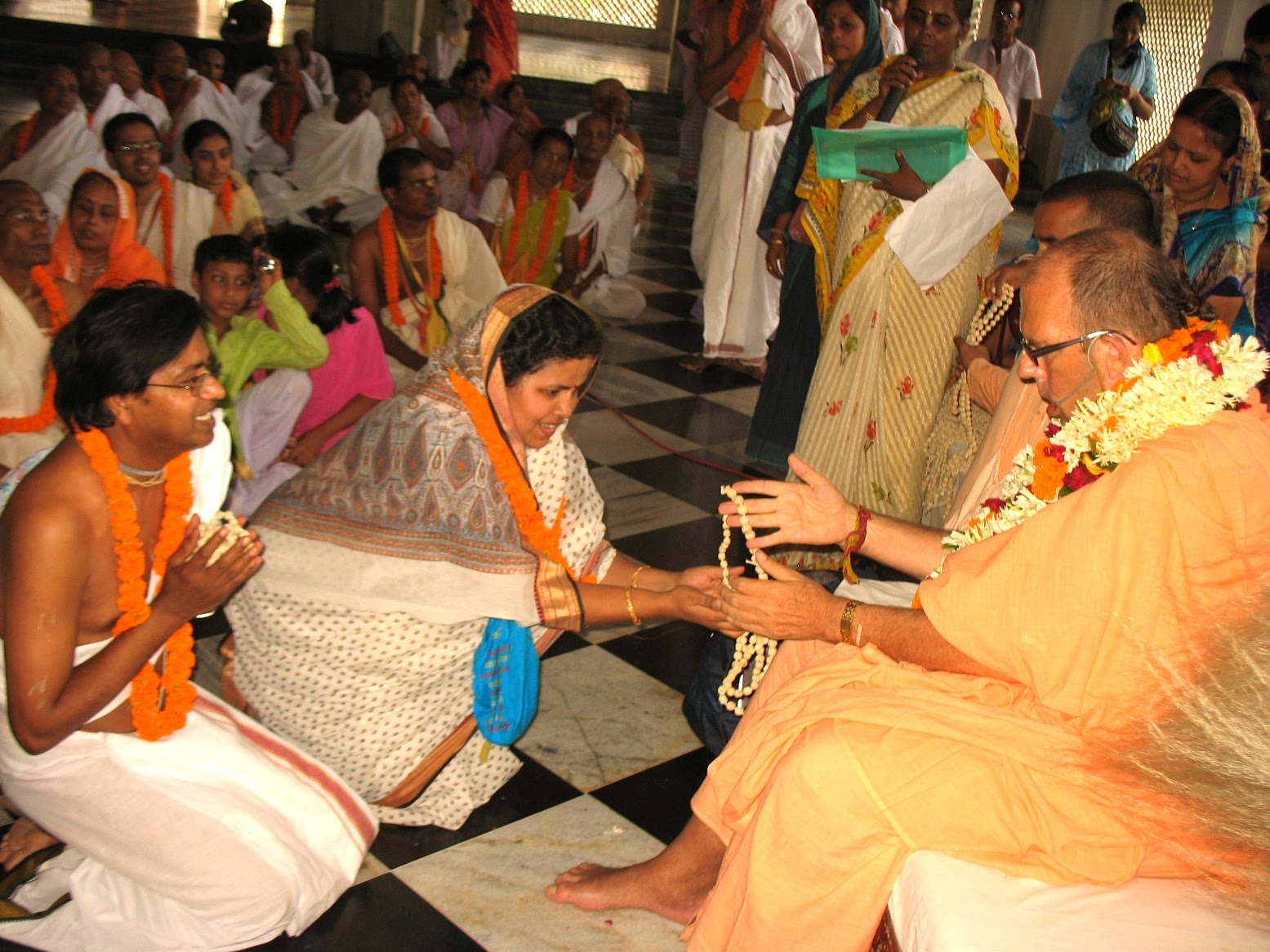 27th January 2020 could be called as a remarkable day in the history of ISKCON, especially for the disciples of our most beloved Guru Maharaja Om Visnupada paramahamsa parivrajakacarya Sri Srimad Jayapataka Swami, who has been tirelessly spreading Lord Caitanya’s movement, with the special blessings of HDG A.C Bhaktivedanta Swami Srila Prabhupada, founder-acarya of the International Society for Krishna Consciousness, since last 52 years. Srila Prabhupada gave numbers of instructions to Guru Maharaja and one of those was to make 50,000 disciples. Today total of 919 devotees took Harinam initiation at Sri Sri Radha Gopinatha Temple, Thakurgaon, Bangladesh and this has added a new feather in the cap. Guess what? Yes, Guru Maharaja has reached the milestone of 50,000 disciples. To say more specifically, he has connected these 50,000 conditioned souls to the brahma-madhva-gaudiya guru-parampara, to serve Srila Prabhupada and gave them the opportunity to get back to Godhead.

Starting from February 1978, Guru Maharaja has kept his mission on to take the responsibility of making disciples to guide them through in the path of Krishna consciousness and in less than 42 years’ time he has completed that instruction. A glorious life, entirely dedicated simply to serve his spiritual master’s vani, which has blessed the humanity with his unlimited compassion to the fallen souls, unwavering executions of the commitments to his spiritual master and unparalleled contribution for the Hare Krishna movement, will go down in the history without any doubt.

At the end of the ceremony, Guru Maharaja had listened to the wonderful kirtana of the local devotees and danced ecstatically where thousands of devotees were floating in the ocean of transcendental bliss by accompanying him in the sankirtana.