How do I become serious in devotional life? 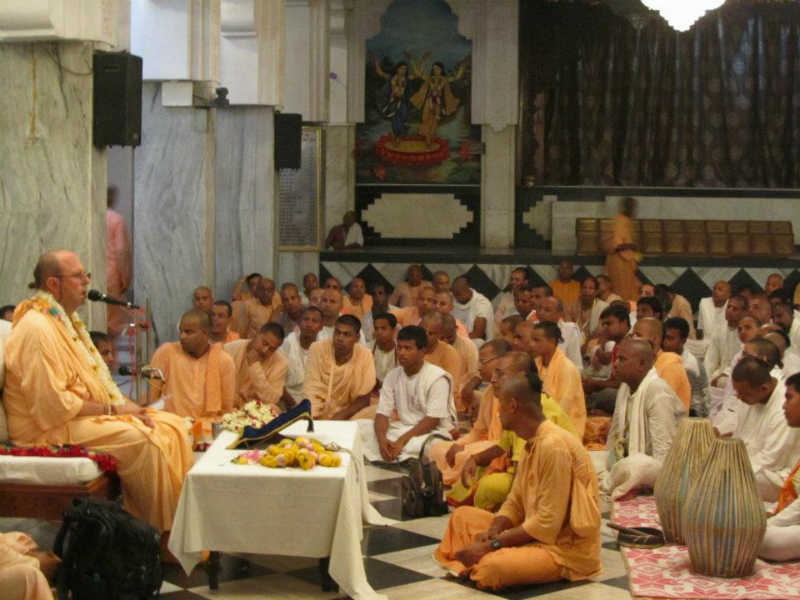 Jayapataka Swami: It is said if you serve the pure devotee of the Lord, a Vaisnava, then you will become serious in Krsna consciousness. Because a pure devotee is very serious, you will have to become serious serving him. In one case, Prabhupada’s living quarters was being painted. Yamuna Devi Dasi was organizing all the things in Prabhupada’s room and she was expecting to get praise. She was waiting for Prabhupada to praise her. But Prabhupada started looking at the paint. She then thought , ‘Oh, its not going the way I thought.’ Prabhupada was looking somewhere he must find the defect. So he’s looking and looking and finally he tried to open one window. He couldn’t open it because the paint had shut it. “Why the window is not opening?” Then Yamuna Devi Dasi, she broke down into tears. She did not get praise, but instead Prabhupada found one thing wrong in the room that the window is shut. After that she became very serious and realized, never think that we have done anything perfect. We should always think we should do better for the Lord.