The city of Sri Mayapur is expanding, with its number of visitors and its residents increasing every passing year.
Kirtan priya das, Nanda Suta das and Prana Gauranga Das inspired and motivated by HH Jayapataka Swami have stepped forward to build the hospital.

“As a part of the development of a spiritual township, its important to have a hospital and health facility”, Guru Maharaj said. Guru Maharaj explained that Srila Prabhupada, after a Govardhan puja in Mayapur saw some poor children eat scraps of left over Prasad. At that time Srila Prabhupada expressed his desire that he never wanted any one to go hungry within a ten mile radius of the ISKCON Campus. It was then that we started the Food For Life at Mayapur”. Guru Maharaj further said that the Hospital was an extension of this instruction.
HH Bhakti Purusottama Swami, HG Mahatma das and HG Hridaya Chaitanya das, were also present at the ceremony.

“We Pray for the Blessing of A.C. Bhaktivedanta Swami Prabhupada, at the Ground breaking ceremony”, Guru Maharaj said. 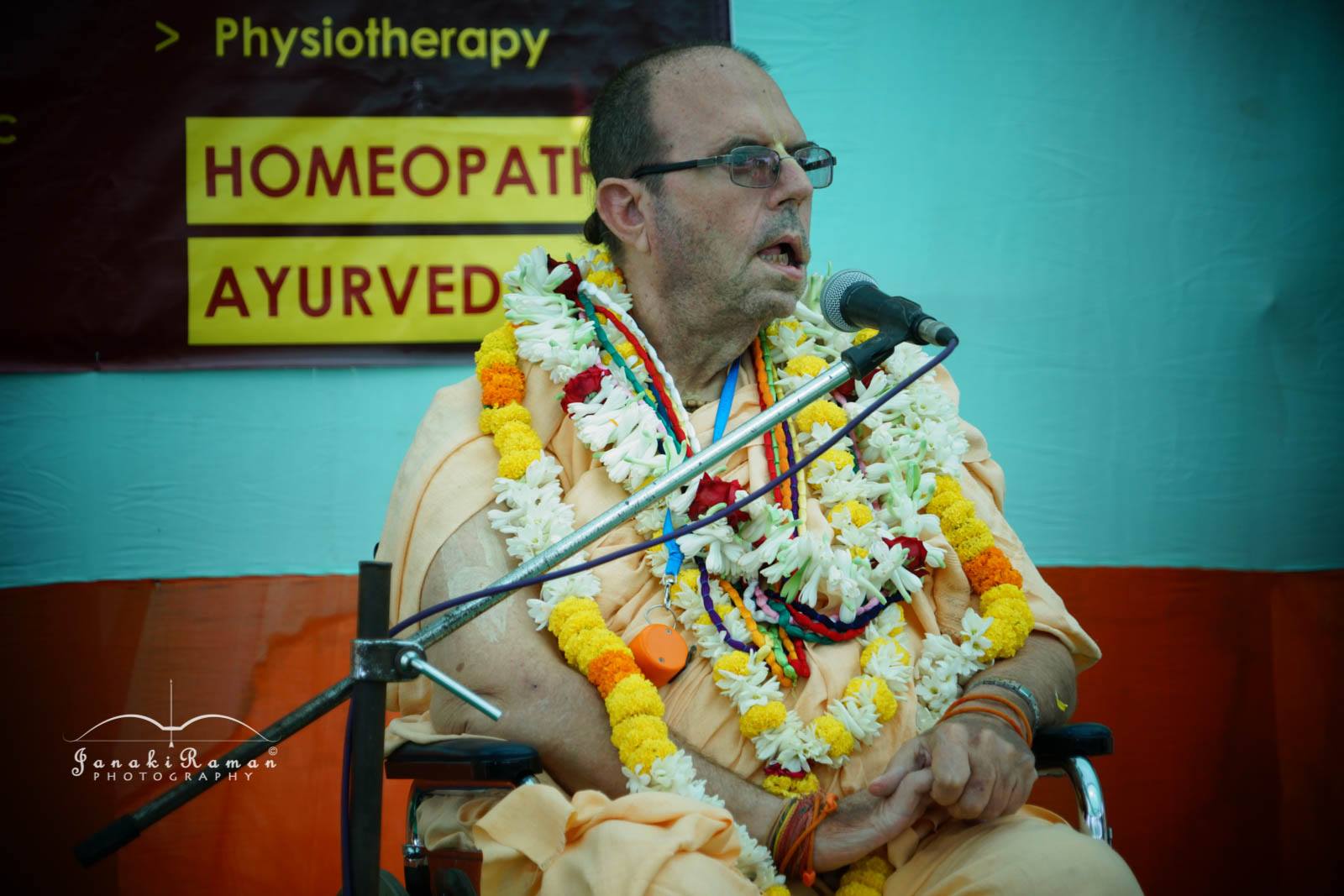 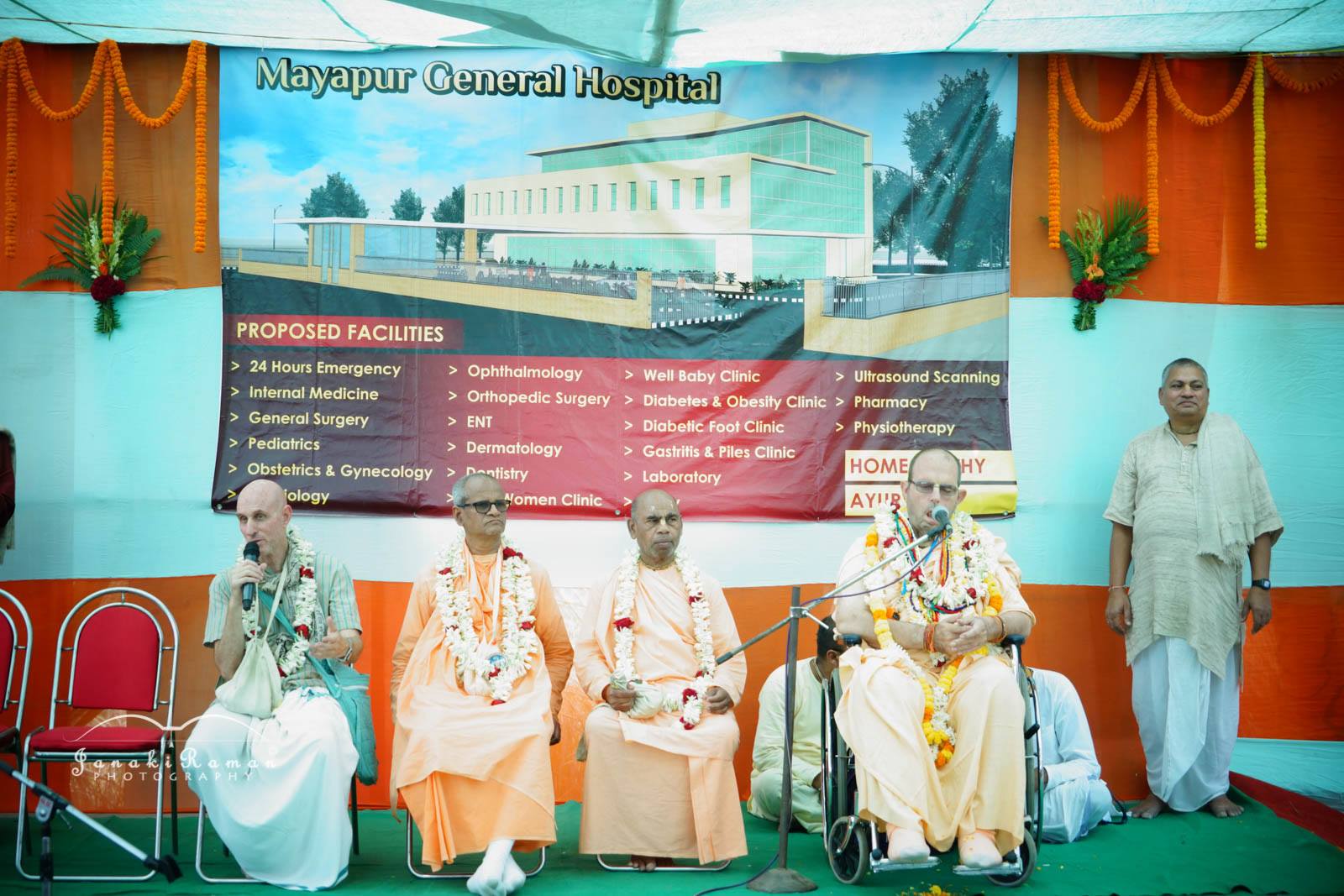