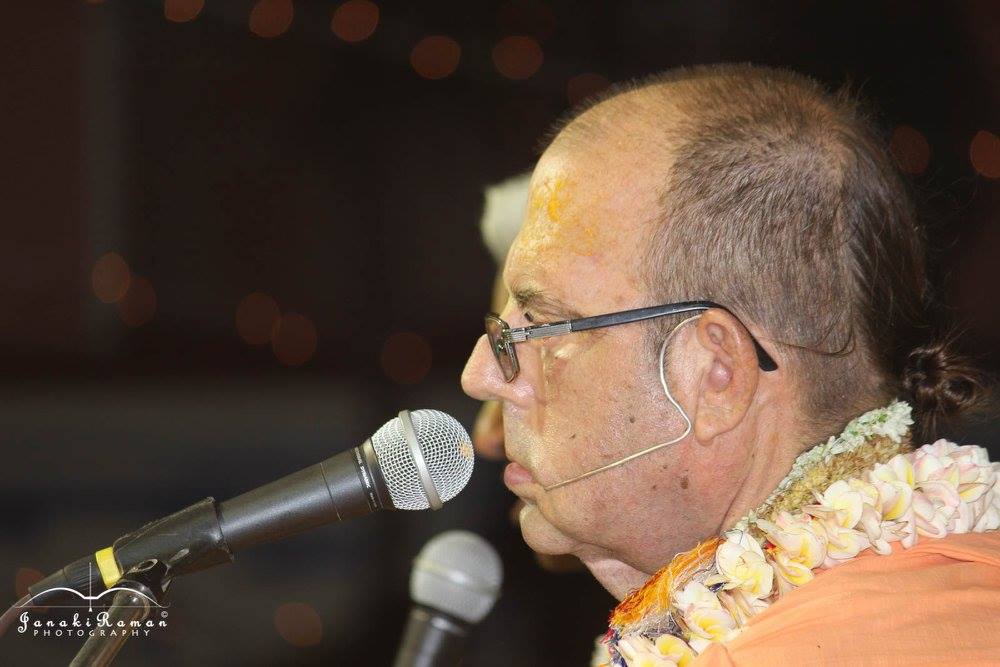 The 67th Vyasa Puja ceremony of HH Jayapataka Swami was celebrated on the 17th of April, 2016 at Sridham Mayapur. Vyasa Puja is an annual offering in honour of the spiritual master who represents Vyasa dev, the literary incarnation of Lord Krishna. The holy scriptures affirm that the spiritual master is the confidential representative of the Lord.

Over 8000 disciples and well wishers of Jayapataka Swami attended the celebration. The auspicious day started with an insightful lecture given by His Holiness. “A guru always considers himself an insignificant servant of the Lord”, Jayapataka Swami said. He also went on to explain that it is by the mercy of his spiritual master, A.C. Bhaktivedanta Swami Prabhupada and that he heard from Srila Prabhupada that he has come under the proper disciplic succession. Jayapataka Swami emphasised on the importance of Srila Prabhupada and his position as the ‘Senapati Bhakta’ or the General who was particularly chosen by divine will to distribute Krishna Consciousness all over the world. He further urged everyone to take up to the process of Bhakti seriously and help Srila Prabhupada in his mission to give Krishna to every one.

After the address, homages sent by various senior leaders in ISKCON such as HH Bhakti Charu Swami, Sachinandana Swami were read out. Following the disciples of Srila Prabhupada, other senior disciples of Jayapataka Swami gave their homages. The day ended with an artistic play and dance by few International devotees who participated in a recent spiritual tour, “Safari”.