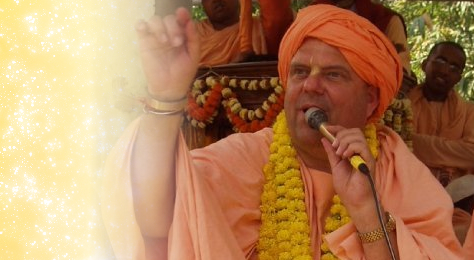 Jayaptataka Maharaja, (then Jayapataka dasa) began to render a number of services for ISKCON and Srila Prabhupada. The first most important was the service as the president of ISKCON Montreal. Srila Prabhupada wrote him in a letter, “For the present I think you cannot leave Montreal… Your service is much too valuable there.”

While in Montreal, His Holiness was engaged in the service of printing books and dispatching them to other ISKCON Centres around the world. In a letter dated 6th October 1968, Srila Prabhupada wrote him, “I am interested in starting the press, so if you can manage it will be very nice.” His service to the Bhaktivedanta Book Trust continued in India and continues until today as he is one of the trustees of the BBT.

Later, on the instruction of Srila Prabhupada, HH Jayapataka Swami Maharaja went to Toronto to open a center there. Later he wrote to Srila Prabhupada enquiring about his service and Srila Prabhupada told him to go to India on a long visa as “we have a great deal of work to do there”.

HH Jayapataka Swami said:
“My disciples expect some special instructions from me. Srila Prabhupada had instructed me to distribute 10,000 big books and 100,000 small books every month. So I need a lot of help. I don’t know how much that is now with interest because that was told in the 1970s, so with interest, maybe that is much more now. The Mayapur Sankirtan parties help me by distributing books but anyone here can help me pay my debts to Srila Prabhupada.”