In today’s chapter, Lord Caitanya pacifies the devotee of Lord Rāmacandra who was worried and was fasting. On Lord Caitanya asking him the reason, the brāhmaṇa replied that he is distressed and he was contemplating suicide because Sītādevī was touched by the demon, Rāvaṇa. After hearing the proper information from Lord Caitanya, which is the system, to hear from paramparā, his life was saved.

Lord Caitanya then gradually came to the Setubandha, where He saw the Śiva liṅga called Rāmeśvara, and seeing the bridge, He danced in ecstasy, respecting Lord Śiva, by circumambulating the Śiva liṅga. Millions of years ago, this bridge was floating and the monkey army crossed over that bridge to Śrī Laṅkā. 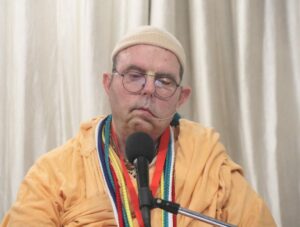 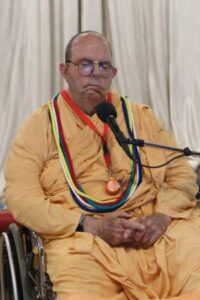